Amy Wallace: When I Was Just a Kid 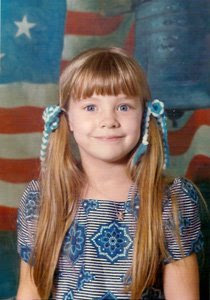 This All-American Beauty Girl-Next-Door didn't always live on American soil--she was an "Army brat" (her words) and her family moved a lot. But instead of saying it made for too tough of time, she credits this lifestyle with what made her into the writer she is today. Take a look at Amy Wallace as a kid--and then check out her book, Healing Promises, which released today!

(Oh! And when you are done, DO go to her web site, Heart Chocolate! It is so much fun. It is designed to be interactive and there are things to play with there.)

Childhood Ambition:
To be famous. I don't think it mattered to me how I accomplished that pie in the sky feat, but I just gazed with much admiration at the musicians in the magazines, the people on MTV and in movies and wanted to be as well known and adored. As an adult I've learned things aren't always what they seem. So I'm happy just to be loved by three amazing kiddos and their daddy.

Fondest Memory (then):
I remember Christmas when I was about ten years old. When my family came back to the States from Germany, we'd stay with my Gram in Kentucky. My Gram did Christmas up big. Before my brother and sister and I could come into the living room where the tree and our gifts were, my Gram had all the lights off but the tree and made a huge to-do about us coming in together. That year, we charged into the living room full speed and then stopped right in front of the tree with wide eyes and huge smiles. My younger siblings squealed over their beautiful, shiny, new bikes. But my big gift was sitting in a chair with dark brown fuzzy arms outstretched in a welcoming hug. It was a life-size teddy bear with the kindest eyes and soft fur. That special bear now gives the same welcoming hugs to my oldest daughter.

Proudest Moment (then):
Winning an award in fifth grade for my first ever chapter book entitled, It's a Doggone Mystery. The plot? A missing dog. What else? ;-)

Biggest Challenge as a Child or Teen:
I grew up an Army brat, so I moved often. The hardest part about that was leaving friends and familiarity.

My First Job: Working with the YMCA after school program when I was in college.

Childhood Indulgence:
Chocolate has been a near and dear treat since that first huge chocolate cake I ended up wearing on my first birthday.

Favorite Outfit as a Child:
Pigtails and red, white and blue. 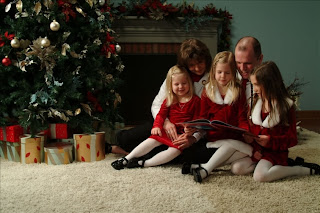 Favorite Childhood Book:
Ever since my awesome first grade teacher, (She let the children who could read skip naptime and read with her, so I learned to read fast!) I've looked to books to escape, broaden my dreams, and simply enjoy. I read everything I could get my hands on at school and never could understand my friends in high school who read the CliffsNotes. My tastes as a pre-teen and teen tended toward the dark mysteries and novels like Something Wicked This Way Comes. Thankfully, my own children aren't into the dark side of life and together we explore all the classic children's literature I missed. Some of our favorites include the Anne of Green Gables stories.

Childhood Hero:
I'm cringing a little to admit this, but I thought Wonder Woman was pretty cool with her big wrist bangles and super strength. 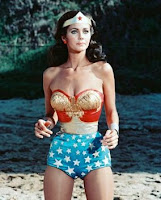 Amy Wallace Now
Growing up without roots and having to learn quickly how to make friends encouraged me to become an avid people watcher and good character judge. Plus, moving a lot provided plenty of fodder for stories. Especially growing up behind the Iron Curtain. My brother and I would make up stories of KGB spies following us and superhero plots for us to save the world. Guess that's where my love for mystery and suspense first escaped the bounds of everyday life.

Because I'm a mom now and get to watch my own children's imaginations soar, I'd encourage all parents to jump in the game and spend some amazing hours with your kiddos dreaming big and seeing where your God given imaginations can take you. Enjoy! 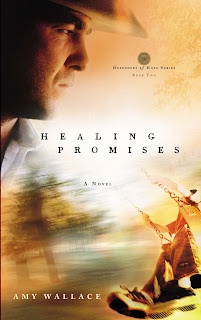 Healing Promises (Defenders of Hope Series #2)
Facing a new threat
When FBI Agent Clint Rollins takes a bullet during a standoff, it might just save his life. But not even the ugly things he's seen during his years working in the Crimes Against Children Unit could prepare him for the overwhelming powerlessness of hospital tests revealing an unexpected diagnosis. If only Sara weren't retreating into doctor mode...he needs his wife now more than ever.

Frozen in fear
Sara Rollins is an oncologist with a mission--beating cancer when she can, easing her patients' suffering at the very least. Now the life of her tall Texan husband is at stake. She never let the odds steal her hope before, but now the question of God's healing promises is personal. Can she hold on to the truth she claimed to believe?

Faith under fire
As Clint continues to track down a serial kidnapper despite his illness, former investigations haunt his nightmares, pushing him beyond solving the case into risking his life and career. Clint struggles to believe God is still the God of miracles. Especially when he needs not one, but two. Everything in his life is reduced to one

Read a chapter of Healing Promises!

Can Dreams Be Redeemed?
Gracie Ann Lang is being watched by a man who will stop at nothing to hide the truth from her. Having lost the only man she ever loved and the children who were her world, the truth is all Gracie wants—an explanation for what really happened. She longs to move forward but is bound by chains of fear. Then she meets Steven Kessler. The FBI agent assigned to an international plot to kidnap the Ambassador’s daughter awakens more than memories. He revives the possibility of a life Gracie desires. A life where healing and peace crowd out the nightmares. But his case and her past are dangerously connected. Suddenly, Gracie must decide if she’s able—let alone willing—to pay the required ransom that redeems dreams and restores hope.

Read a chapter of Ransomed Dreams: 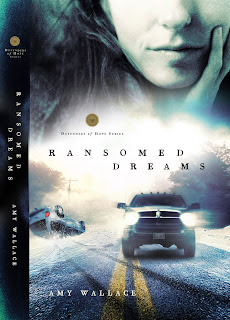 Posted by Crystal Laine at 9:58 PM

Oh, Crystal, you just made a difficult day so much brighter! I loved your comments and the pictures you added. THANK YOU!

Thanks for giving me a reason to walk down memory lane! What a kick to be part of your super fun blog!