Every time that I start one of these interviews, I really don't know the "full" story until I start putting together the words and photos here. Jean Ann Williams' story will not disappoint you--full of poignancy and sorrows, but grit and some fun, too. After you read her story, you'll love her like I do. Part of her journey to becoming a Christian, and also to becoming a writer brings tears, and also an overwhelming joy of how God works out the details.

Jean Ann signs her emails with this verse:


I can do all things through Christ which strengtheneth me. Philippians 4:13

She has learned through many things that she can do all things as she leans fully on Jesus. He truly has strengthened her when she wasn't sure she could do it.


I think you're going to love Jean Ann's story:

Childhood Ambition:
I had three ambitions if the first one didn’t work out and so on: wife and a mother of eight children, racehorse jockey, and race car driver.

Fondest Memory (then):
My dad owned 99 acres in Southern Oregon, and we lived in an old stagecoach house. I loved to slide down a steep hill in a cardboard box, and see if I could stop before I hit the stream below. I got wet a lot at first, but learned how to stop.

Proudest Moment (then):
When at age twelve I learned how to make a large quilt with our discarded clothes.

Biggest Challenge as a Child or Teen:
When I was ten years old, my mother had a nervous breakdown after my second to the youngest brother was born. Since I was the eldest of seven children, my workload increased in order to help my mother with the chores and the care of my brothers and sisters.

When the stagecoach house caught fire, my youngest sister Maria died in the fire. I had just turned thirteen, and my mother never fully recovered from the loss her daughter. After the fire, I no longer “helped,” but did the bulk of Mom’s work, cooking, cleaning, and disciplining my siblings. I had blessed breaks though, to spend the night at my friend Cindy’s house.

I had a summer babysitting job for our neighbors’ of six children. I made enough money to buy material to make dresses for my sophomore year of high school.

Childhood Indulgence:
Hmmm, that’s a hard one. Oh, I know! Before I had the big summer babysitting job, I did Saturday night babysitting from time to time for another neighbor. With that money, I bought one package of chocolate creamed-filled cookies and one of banana creamed-filled cookies. You must be wondering if I shared them with my siblings. I gave most of the chocolate ones to my brothers and sisters, because I was not crazy about chocolate. The banana creams were all mine, and yes, I had to hide them.

Favorite Outfit as a Child:
My grandmother Nanny bought me an outfit with coat, gloves, and hat when I was seven years old. That was my first experience of dolling up. I looked like a miniature of my Nanny, for she always wore the same type of outfit when she drove to the bank and bought groceries afterward in the small cotton industry town in San Joaquin Valley of California.


Favorite Childhood Movie and/or TV Show:
Any Shirley Temple movie. We lived for one year in Big Bend, CA, where my dad worked on a crew to build a tunnel. Every Friday night the town would show up for a free Shirley Temple movie at the community building. We’d receive a candy bar on our way out afterward. All this in courtesy of Shirley’s dad, who funded the building project of the new dam nearby.

Favorite Childhood Activity/Pastime:
At around five years old, I dreamed up this imaginary man that lived in my coat pocket. I talked to him and he went with me everywhere. My mother never made me feel silly to have the man, so the fantasy continued. My younger uncle, Uncle Tony (who later married and had eleven children), found out about my friend and suggested that he was hungry. Uncle Tony’s suggestion upset me to think I had failed to feed my friend. Uncle Tony calmed me by giving some of his bread to put in my pocket. From that time on, I fed my man bread at every meal.

Childhood Hero:
I’d have to say my dad was my childhood hero. When I was small, I told my dad I would grow up one day and marry him. He laughed and laughed, and said he was already married to my mom. Humph! I thought. I guess I hadn’t understood all that at the time.


What people in your childhood led you to Jesus?
Actually, a nun began my journey to find out who this Jesus was. She was a tiny lady, young, pretty, and fun. She even showed us her cut off hair under her head covering. One time, she gave a whole lesson on Jesus. After that, my friend Cindy and I would discuss these things to the point that we began a quest together to learn about Jesus. Later, at sixteen, my fiancé bought us a family Bible and we studied the scriptures. Almost two years after we married, we accepted Christ and were baptized together.

Anything else you would like to share with readers about your childhood which affected the writer you have become?
Yes, several things affected me as a future writer. My mother told me the story about the time I was lying on my back looking at a book with no pictures, but it was upside down. She said, “Jeannie Ann, what are you doing?” I said, “I’m reading.” Mom chuckled at the time, and then later after I grew up she told me that story.

I wanted to read, but the problem came when I couldn’t seem to learn and so I repeated the third grade. I went through the phonics program and then I was able to read. By fourth grade, I was reading like the other students. It opened a whole new world for me. And you better believe I cherished the fact I could read and learn about life and how things worked. The school library was my favorite hang out in each level of school I attended.

When I was fifteen, on Friday nights I used to read and write poetry by the light of a flashlight under the covers until two in the morning. As an adult, I took an entrance test for college and the test showed I had dyslexia. The many things I struggled with made sense then.


I began learning the craft of writing eighteen years ago, and within two years, I published an article about my husband’s job as a high school resource officer, titled “Don’t Call Him Cop.” I went on to publish non-fiction for children and teens in various magazines, all the while writing book length fiction for the same age groups. About six years into my writing craft, I wrote my first short story about two parents who chose the street drug life over their children. My main editor at the time snatched the story up and paid me the most money I had ever earned in my writing endeavors. I realized my writing strength might be in short stories.
I began my first upper middle grade novel sixteen years ago, as well as four other children’s books. The upper MG’s working title, CLAIRELEE A.D. (AFTER DENIAL), has placed Letter of Merit twice. CLAIRELEE A.D. has evolved over the years to a very different book with characters written out and new characters written in. The story is about ClaireLee, whose mother became ill after childbirth, and her need to find herself. She let’s one lie slip, and before she knows it, she resorts to telling lies to get into the infamous Lavender Girls Club.

I must say CLAIRELEE A.D. has been my learning how-to-write-a-novel story. Even if she never sees publication, it was time well spent, for I have loved the characters and the story for almost two decades.

Recently, I’ve included in my writing and publishing, true stories for devotional and other anthology books. I’ve sold my work for the adult market for two years now. My dear friend, Pat, suggested I write a devotional book on the loss of my son Joshua who died by suicide. As I read her words of suggestion in an e-mail, I sensed a prompting from Lord God. My friend’s idea came as an answer to several years of prayer. This is how I could share with the world God’s mercies through the long journey over the loss of Joshua. The book is nearly completed and has a working title of GOD’S MERCIES AFTER SUICIDE: BLESSINGS WOVEN THROUGH A MOTHER’S HEART.

Jean Ann Williams has published over five-dozen articles and short stories for children and the adult magazines, including E-zines. You may read Jean Ann’s articles about the loss of her son Joshua by putting in Jean Ann Williams in the search box at the top right on OpenToHope.

Also, see more of her writings about her journey of loss at Love Truth:Hope After Suicide:  http://joshua-mom.blogspot.com/  where you can also find a list of grief sites--

--and a site about her writing and book reviews at http://jeanannwilliams.blogspot.com/.

In celebration of mothers and grandmothers, Jean Ann’s story is featured in the book anthology Grandmothers, Mother and Me: Memories, Poetry and Good Food. Her article “Nanny and Me, Punkie Jean” is about her wonderful grandmother Nanny. The book came out in October and is available at Amazon and Barnes and Noble.


Grandmother, Mother and Me: Memories, Poetry and Good Food is now available at Amazon.

Her blog site to help other grieving mothers who have lost a child to suicide: Love Truth.


About the "Kid:"
Jean Ann Williams has published over five-dozen articles and short stories for magazines, including E-zines. 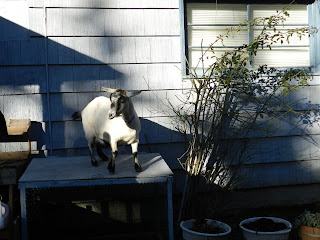 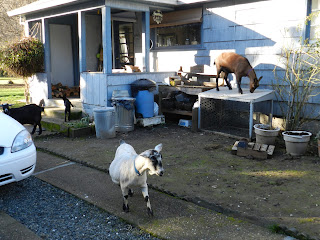 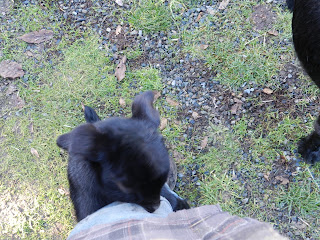 Soon to come out in celebration of Mother’s Day is a book of short stories where Jean Ann contributes her true story titled “Nanny and Me, Punkie Jean.” 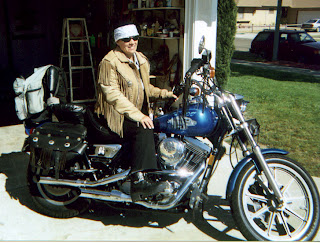 The Lord blessed Jean Ann with three children altogether, with Joshua already passed over to the Great Beyond at the age of twenty-five. Jean Ann and her husband Jim have thirteen grandchildren from their remaining two children, Jami, forty-one, and Jason, forty. The grandchildren’s ages span from eighteen-years-old to a newborn:

A birth announcement from Jean Ann: Our son and his wife have a new baby girl (name forthcoming) born January 8th, 2013 at 12:35. This makes baby number eight for them and thirteen wonderful grandchildren for my husband and me. I call them our Baker's Dozen! God is soooo good!

Jean Ann lives in a quaint valley of Southern Oregon with her husband of forty-two years and their twenty chickens, three doe goats, which include a newborn buckling, and Chloe the guard dog.

You may read more about Jean Ann and her work at
http://joshua-mom.blogspot.com/ and
http://jeanannwilliams.blogspot.com/.
Posted by Crystal Laine at 12:14 AM 16 comments: