Michelle may appear to be locked out in this photo, but she has a history of getting around locked doors and gates whenever researching for genealogy or for a book she's writing.

Traveling the world at an early age, then growing up to marry a Navy man, she's been world-cruising ever since. She has lived a fascinating life, full of adventure, so it's no wonder that she now writes fictional adventure and romance.

Fondest Memory (then): I enjoyed the monthly gathering at my Italian grandparent's home with all my cousins. We ate pasta, played hide ‘n seek in the fields and outbuildings, played board and card games and listened to stories.


Proudest Moment (then): In a pre-schooler fury because my mother was preoccupied with the new baby and couldn't read to me, I told her I would read to myself. I picked up a book and examined the words and went back to ask her if the letter "a" was actually the word "a."

I taught myself to read that day.

Biggest Challenge as a Child or Teen:
As a traveling salesman, my father was not home much and when he did come home he tended to turn our life upside down. Out of his unpredictability, I unfortunately learned not to trust people’s word.I also learned how to escape into books when things became too challenging at home. 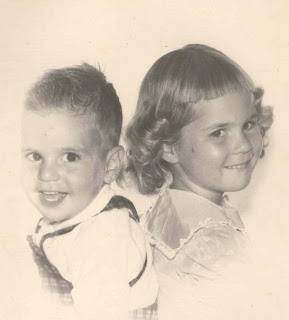 My First Job: Other than babysitting? Counting phonograph needles for my father’s business inventory.

Childhood Indulgence: Chocolate ice cream with chocolate sprinkles on top.
Favorite Outfit as a Child: A yellow and brown gingham with a full skirt. We tied a bow sash in back and I spun with glee.

Favorite Childhood Activity/Pastime: While I grew up in a suburb of Los Angeles, we lived at the end of a cul de sac above a canyon. We spent hours running through the open fields and into the gully, inventing stories, building houses from tumble weeds, balancing on a plank across a storm runoff and generally running wild.

Childhood Hero: I admired writers: Madeleine L'Engle, Laura Ingalls Wilder, Louisa May Alcott, Helen Keller. I was a fan of Mighty Mouse as a young child, not to mention Lassie and Timmy!

Favorite historical facts from your childhood: (or something that stands out from the period when you were a child.)  I sat up late working a jig saw puzzle with the black and white TV airing Neil Armstrong and Edwin Aldrin’s moon walk in 1969!


Did your parents or grandparents tell stories to you about their childhoods? Anything stand out? I come from a family of storytellers and I heard lots of tales from the extreme: "I only had one crayon growing up and it was black" (my mother) to the amazing: "The Indians would come to my grandmother's back door and ask us for food. She always told me to give them something, even if it was only an egg" (this was my grandmother's story.)

My father sold newspapers trumpeting the Pearl Harbor attacks. With his earnings he bought a green atlas and followed the war in Europe across the map with pencil markings.


Travel and history were how we connected with our father. He shared his love of history with us during a summer-long camping trip through Europe in which he introduced us to the histories and horror of war—like the Dachau concentration camp—by telling us his childhood memories of the events.


Anything else you would like to share with readers about your childhood which affected the writer you have become?
I grew up in a multi-cultural community in which the mysteries of foreign languages spun around me daily. I’m interested in how the same story translates from one culture to the next and those themes appear in The Dogtrot Christmas and The Gold Rush Christmas. 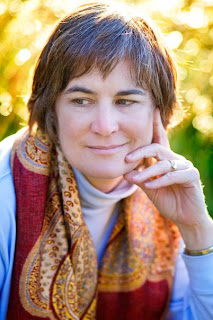 About Michelle's Writing:
Her debut novella, The Dogtrot Christmas, was published in Barbour Publishing’s A Log Cabin Christmas Collection, September 2011 and appeared on The New York Times best seller list on October 2, 2011. 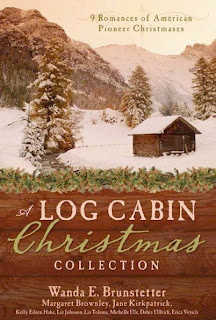 An Inconvenient Gamble, a novella, will appear in The Texas Brides Collection, due out May, 2013. 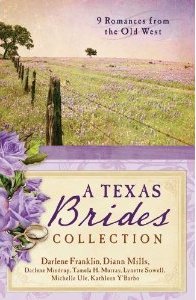 A New York Times bestselling writer, Michelle Ule is a long-time follower of Jesus Christ who lives in northern California. A native of San Pedro, California, she graduated from UCLA where she marched in the clarinet section of the band and wrote for the UCLA Daily Bruin.

Michelle teaches Bible study to a group of precocious women, counsels women in crisis at a local pregnancy counseling center, and works at a landmark literary agency. In her free time, she travels, writes and reads.

A noted genealogist in some of the more obscure corners of the Internet, she’s the author of Pioneer Stock and Travels with Jeanette, along with several other genealogy books and traveler’s tales.

She’s currently writing an inspirational romance about Civil War General John Hunt Morgan and his wife Mattie Ready, and has several contemporary novels in the works or completed.

She’s interested in how people live through difficulties with their spiritual life intact, as well as how to live a hope-full life within the context of a hostile society. She’s curious about the why and how, and likes to add an ironic twist to her stories.

The work closest to Michelle’s heart is her as-yet unpublished spiritual memoir, Loving God Without a Label–the story of how she found God at work through thirteen moves, a variety of denominations and many different church and parachurch settings.

LEAVE a comment for Michelle and your email contact address (yournameATyourISPdotCOM) and you'll be entered in a drawing to win Bridging Two Hearts! Drawing ends on March 7th, 2013.

yea, michelle. i recognized a few of those picts...back in the early 70's we were learning to follow after Jesus...and playing volleyball in the TLC lower parking lot:) those were some great times! be blessed!!!
heide

This was so much fun! I affirm your childhood heroes, though we didn't watch the same TV shows. We had a black and white set for a loooong time and I watched some shows at the neighbors.
Thanks for sharing.

Eek -- my favorite part: "She’s currently writing an inspirational romance about Civil War General John Hunt Morgan and his wife Mattie Ready"! Well, other than the photos, that is -- love them!!! And we share an affinity for Mighty Mouse; I'm not surprised ;-).

aThanks for commenting; yes, Heide, you would remember some of those days!

My children have no concept of black and white TV. I remember when my uncle volunteered to give us a color TV by replacing the tubes in the back (he was a TV repairman).

I thought it a great idea until he laughed, "Lassie will be pink, then."

Candlelover27@gmail.com
Michelle,
I LOVED reading this & the pictures were fantastic too! Thank you for sharing this with me! :)
Love you cousin,
Kim

I actually like your first passport photo. A couple of your upcoming books sound especially intriguing. I enjoy reading your blogs.

Thanks, Pam. I'm not sure any of my subsequent passport photos improved on this one, but at least I thought to take off my glasses! :-)

I love the cover of your book...I kow exactly where the photo was taken. Along with reading I paint and have painted pics of the Hotel Del. It's a great place. Would love to read your book.
JFWisherd(at)aol(dot)com

Enjoyed reading your blog and seeing the photos. Your book sounds interesting...hope I win.
JWIsley at aol dot com

I'm just sorry the Hotel del wasn't on the cover, but pleased they got the SEAL in the righ uniform! Thanks for reading.

A critic once wrote that the most UNinteresting portion of a biography of autobiography is that of the subject's childhood.

I strongly disagree! That is often my favorite part.

It was such fun learning about you, Michelle--you live a fascinating life! And I can't wait to read your book. I love Heartsong romances and this one is of particular interest with the Navy SEAL.

Thanks everyone who came by and left Michelle a message and also who just came by to read and didn't leave a message. We so appreciate you.

I'll be announcing the winner of Michelle's book sometime tomorrow, so leave a comment if you're here before the 8th!

As a resident of Corydon, IN, where John Hunt Morgan raided and then made camp, I can't wait to read the book about Morgan! Fun to read about a fellow genealogy researcher, too!

Alas, the Morgan story has been bumped yet again, but a more timely book. But I hope you'll see it some day. I was in Croydon, IN 18 months ago and we walked around your downtown square, remembering how Morgan's men rode around it on their horses! It was astonishing to me how often we came across references to the general as we traveled through TN, KY and IN! Thanks for your comment.