DiAnn Mills: When I Was Just a Kid 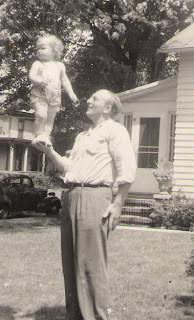 DiAnn at 18 months being held by her daddy


"I had always dreamed of becoming a writer, but I didn’t have the courage to take the first step. I wrote poetry and stories and even books, but as soon as they were completed, I tossed them in the trash. Looking back, I think some of them weren’t so bad and maybe I should not have given up on them so soon. So if I can encourage you in whatever life holds for you, don’t give up on your dreams.

We are all driven by specific callings and goals. I like to call these passions. Obviously one of mine is communicating through the written word. I believe in mentoring serious new writers and encouraging them to reach their dreams."

As you consider your personal aspirations, expand your horizons to include the opportunities around you. We’ve all been given gifts and talents to further the kingdom of God. Don’t let them go to waste."

DiAnn shares some of her childhood memories:

First a nurse, then I realized I couldn’t stand the sight of blood. Then a writer. I wrote my first book in the 2nd grade on a yellow Big Chief notepad. It was a western with lots of action. I think it had 50 pages.

Long walks with my dad in the pasture, along the creek, and in the woods. He’d point out plants and animals to me. This was a precious time. He and I had similar temperaments--melancholy, dreamers, creative. We were very close.

Proudest Moment (then): I could list them in order!

1. My salvation experience when I was 19 years old.
2. Adoption of 3 sons and giving birth to a 4th son.
3. Marriage to my husband Dean. He is a true blessing. After all, he puts up with me! If it hadn’t been for him challenging me to write, I doubt if a single book would have been written.
4. Christy nomination. Felt like a princess.
5. Speaking at my church’s holiday dinner - 700 women and God blessed the entire evening.


Biggest Challenge as a Child or Teen:

Overweight and shy. Between my 8th and 9th grade, I decided to shed the pounds. That healthy decision changed my self-esteem. My mother was sickly, and that was a challenge when other kids my age were having a good time and I had work to do at home.

The first real job was at a drug store on the main street corner in the small town where I grew up. I loved it! The store has long disappeared but I still remember the slogan “You know where, on the square.”

Childhood Indulgence:
Oh, my. I used to get spanked for lying, and now I get paid for it.

Favorite Outfit as a Child:

I can’t remember one. Sorry! Oh, but I remember hating, despising, loathing a pair of Brownie oxford-type shoes. Ugly and wouldn’t wear out.

Favorite Childhood Activity/Pastime:
Walking through the pasture and down to the creek on the small farm where I grew up in Ohio.

I liked swinging on a rope swing from a huge maple tree. Made up a lot of songs while “swinging.”

Who influenced you as a child to know Jesus? (Even if you didn’t come to Jesus until later.)

My two aunts who lived in Kentucky. They lived Jesus, demonstrated His love and power in every part of their lives.


Anyone influence your writing when you were a child? Actually two teachers encouraged me to write: my fourth grade teacher and my Latin teacher in high school.

I was terribly overweight and the object of lots of teasing, so I often drew inward and created stories. Whenever my life seemed unmanageable, I escaped into a fiction world. God blessed me with this escape and developed my gift of writing.


At times, others act like writing is this special craft and lavish compliments, which makes me very uncomfortable. God’s gift to me is so I can show Him to readers. Every person has a unique ability, mine is simply writing. AND you would not want me to balance your checkbook or drive you somewhere I’ve never been! I have no navigation skills - a bypass at birth. 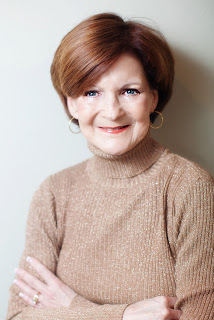 Award-winning author DiAnn Mills launched her career in 1998 with the publication of her first book. Currently she has fifty books in print and has sold over 1.5 million copies.

DiAnn believes her readers should “Expect an Adventure.” She is a fiction writer who combines an adventuresome spirit with unforgettable characters to create action-packed novels.Six of her titles have appeared on the CBA Bestseller List. Three of her books have won the distinction of Best Historical of the Year by Heartsong Presents. Five of her books have won placements through American Christian Fiction Writer’s Book of the Year Awards 2003 – 2008, and she is the recipient of the Inspirational Reader’s Choice award for 2005 and 2007. She was a Christy Awards finalist in 2008 and 2010.

DiAnn is a founding board member for American Christian Fiction Writers, a member of Inspirational Writers Alive, Romance Writers of America’s Faith, Hope and Love, and Advanced Writers and Speakers Association. She speaks to various groups and teaches writing workshops around the country. DiAnn is also the Craftsman Mentor for Jerry B. Jenkins Christian Writer’s Guild.

She and her husband live in sunny Houston, Texas. They have four adult sons and are active members of Metropolitan Baptist Church.

You can see more about DiAnn at her web site and sign up for her newsletter:

Paige Rogers, the kindly librarian of Split Creek, Oklahoma, has a secret. She’s a former CIA agent, the sole survivor of an attack on her team during a covert mission in Angola. Paige thinks that Daniel Keary, their leader at the time, caused the deaths of her friends. Knowing that someone wants her dead, too, Paige has stayed hidden in her quaint, quiet Oklahoma town for the past seven years.

But now, a stranger has come to town, and he’s asking a lot of questions. In addition to this, Keary has just announced his candidacy for governor of Oklahoma, and it’s time for him to finally destroy the major roadblock to his successful campaign—Paige.

This masterfully crafted suspense novel immediately hooks the reader with a pervasive sense of imminent danger. A real page-turner, Breach of Trust is the first book in Mills’ faith-based Call of Duty series. 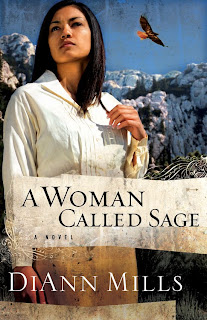 
They took away everything she loved ... now, she's out for revenge.

Sage Morrow had it all: life on a beautiful Colorado ranch, a husband who adored her, and a baby on the way. Until five ruthless gunmen rode up to their ranch and changed her life forever.

Now Sage is a bounty hunter bent on retribution. Accompanied only by her majestic hawk, she travels throughout the Rocky Mountains in search of injustice, determined to stamp it out wherever it's found. The stakes are raised when two young boys are kidnapped and Sage is forced to work with Marshall Parker Timmons to rescue them. But Sage may ultimately get more than she bargained for.

In this exciting historical romance set in the late 1800s, murder, intrigue, kidnapping, and questions of faith will keep you in suspense until the final pages.
Posted by Crystal Laine at 12:01 AM 2 comments: