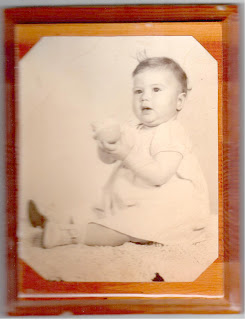 This little sweetie is Kathi Macias and she has so much going on, that there's no time like the present to feature this active and prolific author. Her tagline, Communicating the vision… comes from a verse in the Bible which says, "And the Lord answered me, and said, Write the vision, and make it plain upon tables, that he may run that reads it." (Habakkuk 2:2) She is serious about her mission to communicate and stay in the center of God's will in her life.

She may one day be ghostwriting with another author, the next writing script for a highly controversial movie (starring Jon Voight,) 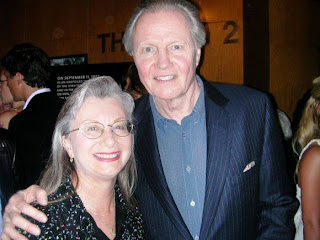 and the next writing her own stories. Recently she kept watch as the California fires burned very close to her home, so she is no stranger to adventures of her own.And she became spiritual director of Set Free Today, a ministry that was founded by another Kid interviewee, Jan Coates. In all of it she stays close to her family, and to her husband whom she has known since they were children.

Let's find out what touched Kathi as a young person to develop her into the writer, mentor,teacher and speaker that she is today:


Childhood Ambition: To be a writer! My husband, Al, and I have known each other since we were six years old. When we were walking home from junior high school one day I told him I was going to be a writer some day. He often reminds me that I’m one of the few people he knows who actually achieved their childhood dream.

Fondest Memory (then): Going to the library and checking out new books to read.

Proudest Moment(then): In the third grade I wrote a (secular) Easter story, and my teacher liked it so well she showed it to the principal, who decided to have the school put it on as a play for the PTA, so all the parents (including mine, of course!) got to see it. I played the part of a mother who read the story to my child, while other students acted it out on the stage behind me.

Biggest Challenge as a Child or Teen: I was sick a lot as a child—in and out of hospitals numerous times—but I believe that cemented my love for books, as I couldn’t do much else that the other kids did.

My First Job: Besides lots of babysitting, my first job was working in my aunt and uncle’s laundry. What a hot job! I hated it, but my dad wouldn’t let me quit, so I made it through the summer and decided the money I’d saved for new school clothes was worth all the burns I got from pulling clothes with hot zippers out of those industrial-sized dryers.

Favorite Outfit as a Child: Hmm, I never thought much about that sort of thing, I’m afraid. But I do remember how proud I was of my “majorette” outfit the summer I was feeling well enough to march in the parade and twirl my baton, so I suppose that would be it.

Favorite Childhood Movie: Old Yeller. I cried and cried, and then I’d watch it again and cry some more.


Childhood Hero: My dad. Later, when I was a teenager, I added my boyfriend Al (now my hubby) to my hero list. Now that my dad is waiting for me in heaven, my only heroes are Al, and those who serve Jesus in the persecuted Church. 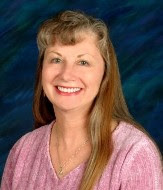 You can see Kathi and her many projects and speaking topics here.She is a multi-award winning writer who has authored seventeen books and ghostwritten several others. A former newspaper columnist and string reporter, Kathi has taught creative and business writing in various venues and has been a guest on many radio and television programs. Kathi is a former pastor, as well as a popular speaker at churches, women’s clubs and retreats, and writers’ conferences. She lives in Homeland, CA, with her husband, Al, where the two of them spend their free time riding their Harley.

To keep up with her current thoughts and blogging go here.

To learn her methods for writing check out her book, Train of Thought. If you want to know how best to put your thoughts and dreams into a clear, compelling, readable manuscript, this is the must-have book for you!

Kathi says, "My most recent books are all featured on (and can be ordered from) my web site, including
Emma Jean Reborn, a novel that was just signed by a Broadway producer to be come a play."

She also has three new nonfiction books scheduled for release between 2008-2009 from New Hope Publishers:

BEYOND ME: Living a You-First Life in a Me-First World
(New Hope Publishers, Summer 2008)

How Can I Run a Tight Ship when I’m Surrounded by Loose Cannons?
(New Hope Publishers, Fall 2008)

What a great interview! I enjoyed reading about you, Kathi. Love the pics! You were -- and are -- a cutie!