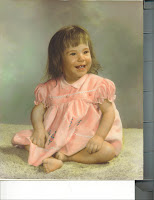 Ok, I'm going to show a little prejudice here. I love Sharon Dunn's books. Love them. That's why when I realized that I had all of her materials for this column, and that I had missed the debut of her latest book,I knew I was seriously losing it. Seriously. And Sharon had a book giveaway back in May. I've only missed it by two months.

If you are like me, love a good mystery, quirky characters and romance, then you, too, will like Sharon's writing. She just has fun, and I'm all about that! Her latest book, Death of a Garage Sale Newbie, which came out in MARCH, is about Ginger Salinski. Her heart beats faster when she passes a clearance rack and there has never been a good deal she couldn't sniff out. Ginger and her bargain hunter friends are bonded together by the need to be first in line at doorbuster sales, but when one of the bargain hunters goes missing, they must track down clues instead of discounts.

The next book in this series will be called,Death of a Six-Foot Teddy Bear.

So, just what was Sharon all about when growing up? Let's check that little cutie mystery girl out:

Where did you grow up?

In a little town called Garrison Junction. I went to a two-room school house that had three grades in each room and three or four kids per grade.


Childhood Ambition: To be Wonder Woman

Fondest Memory (then): Because we lived out in the country, my sisters and I had to create our own entertainment. We had these little plastic animals that we built forts for outside, and then, created elaborate soap opera-like storylines for them. We did the same thing with our Barbies in the winter,building houses out of cardboard boxes. I think the imaginative play fueled my creativity as a writer.

Proudest Moment (then): I got picked to do the closing remarks for my junior high graduation out of everyone's written entry. I think it was the first inkling I had that I could write.

Biggest Challenge as a Child or Teen: I had terrible depression as a
teenager. I missed part of my freshman year, and enough of my sophomore year,so that I didn't graduate until I was nineteen. Even though I had good grades, I had to redo my sophomore year.

My First Job: I sold fruit at a road side fruit stand when I was 14. I got paid ten dollars a day and worked from 7 AM to 7 PM. I thought I was the richest, luckiest kid in the world.

Childhood Indulgence: I used to eat fudge by the plateful.

Favorite Outfit as a Child: My sister and I had what we called Cinderella nightgowns that we got to wear in the summer. They were made of slick, cool polyester instead of itchy cotton. When I wore my white nightgown with the pink lace,I just had to dance.

Favorite Childhood Movie: When I was I a kid we didn't have videos(not like you young whipper snappers)and I didn't have much of a chance to go to the theater in town. I do remember watching Captain Kangaroo every morning. I loved the Carol Burnett Show. Mom would call me in every Saturday night from playing outside to watch Carol.

Favorite Childhood Book: Nancy Drew of course, I also remember my fifth grade teacher reading Rifles for Watie out loud to us at the end of the day.I was riveted by the story.

Childhood Hero: As a pre-teen I prayed to God to make me an child actress just like Kristy McNichol. I guess she was my hero. Although I heard she had a nervous breakdown and left acting to become a drama teacher, so maybe it is better that God didn't give me the life I thought would make me happy.

I had duck feet through the third or fourth grade and had to wear "special"shoes with metal plates in them. The shoes were only made in one style, so every year when everyone else got new shoes in a new style, I got the same shoes only a size bigger. 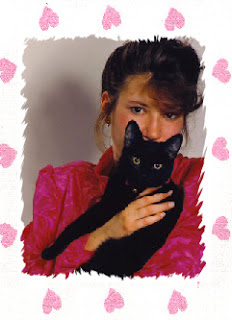 Check out Sharon at her website and at FaithChick
and read all about how Sharon is similar and different than her characters here.

Death of a Garage Sale Newbie (Multnomah)First of the Bargain Hunter mystery series.
Garage Sale Newbie features four women who are bonded together by the need to clip coupons and be first in line at doorbuster sales. When one of the bargain hunters is found dead, it is up to the other three to figure out what happened to her and why. Ginger, a recent empty nester and bargain hunting expert, leads Suzanne, mother of three with one on the way, and Kindra, a college student with a taste for designer clothes without the budget, to hunt down clues instead of good deals.

Nominated for Inspirational Novel of the Year

Join Ruby as she races through the Montana wilderness to find a man who disappeared weeks before his wedding.

SASSY CINDERELLA AND THE VALIANT VIGILANTE

Ruby takes on a part time job as a college teacher only to learn she has replaced a man who died under mysterious circumstances.

COW CRIMES AND THE MUSTANG MENACE

Domestically challenged Ruby makes peace with the Proverbs 31 woman while investigating a series of thefts from farms and ranches.

and Cow Crimes and the Mustang Menace
Posted by Crystal Laine at 8:00 AM