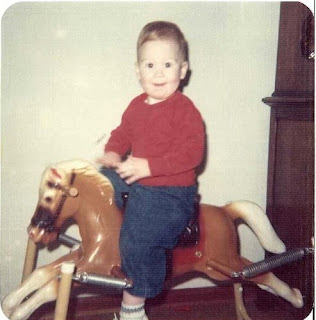 As a child Andy didn't feel as if he was the "cool" kid. All the things he was naturally good at doing--art, music and academics--for some reason are not as respected when you're a kid in school. But give a kid a few years and put him in his natural habitat and look at him go! Andy McGuire grew up to be not only respected, but admired. He is one cool cat.

Kids everywhere are going to be reading his books, because, well, Andy is really good at not only telling stories in words, but also in pictures. Add to that his humor, which knocks my personal socks off, and you have a fun kid. He is a winner in my book. I've already ordered copies to give away to all of my favorite kids and kid places.

Even his misadventures wind up sounding funny (though I doubt some of them seemed funny at the time, especially to his parents.)

If you want to know the REAL story behind the man who sits behind the editor desk at Moody Publishers, then check out his secrets below, previously kept under wraps. It shows that the things God allows into our lives can be used for good and a purpose.

(And big hint to all of you authors looking at Moody Press Publishers--note his favorite treat...)

Originally, I wanted to be a jockey. But I was too tall at about age ten (I’d seen it coming for several years at that point). So I switched to zoo keeper. 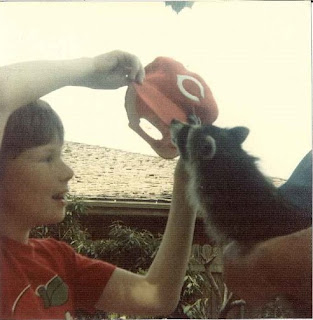 I remember befriending a stray cat named Herman. We named her without knowing how to tell a boy can from a girl cat, but then she had kittens. I remember we couldn’t keep all the kittens, but my sister and I each got to pick one. Sometimes choosing what you want can be even more fun than getting it.

I was not at the peak of coolness as a child. I was skinny, had glasses, and didn’t watch the right T.V. shows. But I played soccer, I think mostly because as a boy I was supposed to play a sport (right?). Little by little, though, I became competent. Until one day in sixth grade we were scrimmaging as a team and our best offensive player was talking to one of our coaches. He told him that he dreaded facing me in practice (I was a fullback—a defensive player) because he could never get the ball past me. It’s funny, all the things I was naturally good at—art, academics, music—didn’t make me nearly as proud as that one compliment about a skill that I was, by nature, very weak. 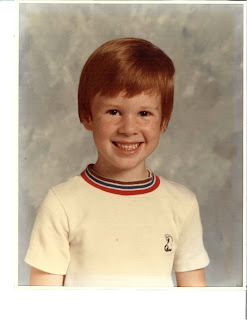 Biggest Challenge as a Child or Teen:
When I was in fourth grade bandanas were banned in our school. Boys had been flicking each other with them, leaving welts. Again, I was not the coolest kid on the block so I was not one of the flickers. But for whatever reason I wanted to figure out how to snap them the way some of the kids did. I found a contraband bandana and started practicing against a wall in a hallway on my way to a classroom. And wouldn’t you know it, the bandana smacked up against the hammer of a fire alarm. The hardest thing I’ve ever done was forcing myself to go into the principal’s office to tell him that the whole school was being evacuated because of me.

In elementary school during inside recess on rainy days I used to charge my classmates for portraits I would draw of them. It was under a dollar a picture, but I was pleased.

I loved and still love all things chocolate. Any other sweet is a waste of time.


Favorite Dress Up Outfit as a Child:

Cowboy hat and a holster. No contest. 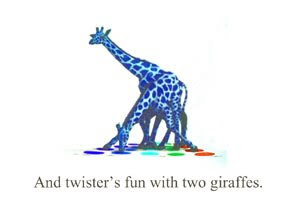 From Andy's new book
(Editor's Note: This is NOT blue in the book. I have no idea why the giraffes are blue, but it's Blogger's fault because they are normal in my file.)
Any Pets?

Stray cats, crawdads, tadpoles, and goldfish. All of them were gathered from the wild—I have no memories of pet stores.

Tarzan. I used to watch the old black and white Johnny Weismuller movies on Saturday mornings.

Did you have a favorite childhood Bible story?

I liked Daniel and the lion’s den. I loved the idea of God making the lions friendly for awhile.

Anything else as a child that affected the author you became? Any special memories that contributed to today's work as a children's author? 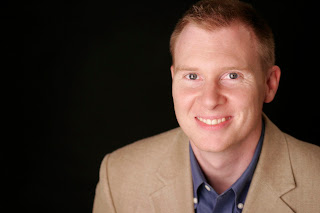 I think I’ve always had a penchant for silliness. I surrounded myself with funny friends. Not unlike sweets without chocolate, friends without humor are a waste of time. 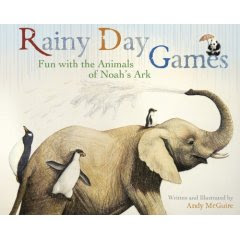 Rainy Day Games: Fun with the Animals of Noah's Ark

Smiles will shine when little ones ages 1 to 5 imagine the games played by the animals of Noah's Ark. Whimsical characters and clever rhymes created by illustrator Andy McGuire entertain themselves and readers with the turn of each colorful page. Watercolor zebras, rabbits, turtles, bears, and even a sloth come out to play.

Hide and seek can be a treat,
Chameleons can be hard to beat.

A game of ping pong never fails,
Beavers choose to use their tails.

More about Andy at Harvest House.

WOULD YOU LIKE TO WIN A FREE COPY of Rainy Day Games: Fun with the Animals of Noah's Ark? Sure you would! You have until July 5, 2008 to leave a comment for Andy and I'll enter your name into a drawing for this book. Please, please, leave your email info in this format: yourname [AT] yourisp DOT com, to keep the creepy crawlers at bay. I'll email the one winner for a mailing address to get it to you!
Posted by Crystal Laine at 11:02 PM

You just have to hold Rainy Day Games in your hands to appreciate it. Harvest House has done a masterful job of taking Andy's art and making it available to all of us.

And Crystal, you've done your usual wonderful job of highlighting an author and making us see them in a new way.

Congratulations on your book. The art looks fantastic--and I think the blue giraffes look cool.

Do I win the book now?

Crystal,
These are just the greatest interviews. I never look at a person the same way again. I love it.

Who cares about cool? Nerds grow up to be nicer people. I can't wait to see your book. I think my two-year-old grand daughter would love it.

I LOVE the illustrations! Pretty awesome, Andy! And I especially appreciated the bandanna story. Why does it make it better that you set off the fire alarm with a contraband bandanna? :) That's good stuff. Thanks for sharing the interview, Crystal!

Great interview! Your ingenuity in charging classmates for their pictures and your integrity in confessing to setting off the fire bell make you super-cool. Now Rainy Day Games will be available for all to see your talent. Hurray!

I think Andy is amazing. I'm off to order the book!

Enjoyed the interview! What a wonderful book! Sounds like one my kids would enjoy.

As the mother of two "smart nerds" my heart is warmed by Andy's story.

I'm a picky shopper, but this entry has made me want to rush out and get this book (and I will).

The art is breath-taking. Thank you, Andy for creating serious art for children. I'm already picturing myself and my two young kids pouring over this book. (they are 5 and 7 and smarter than my husband and I put together)

I feel like I've met a new friend. Now I hope someday to meet him in person.

Loved Encyclopedia Brown as a kid, too. Just got to introduce my 7 year old daughter to them. Such fun! And your book looks wonderful. I can tell it will be in a lot of Christmas presents I give this year.

That was a great interview. And the book looks fab! Wish, wish, wish I could draw. . .

I love the illustrations! My daughter is "8 going on 9" but I've got several friends with younger kids who would love this book, by the looks of it (and the sound of it, too!).

I understand how Andy felt about the soccer comment. That's high praise for someone who's not normally into athletics. I know--I was a softball player on our church team growing up. Now, at 41, I'm suddenly playing again on my church's coed team. Last week I robbed a batter--a man--of a hit when I snagged his line drive to 3rd. Suddenly I was a hero to my teammates and a formidable opponent to the other team. It was nice to hear everyone complimenting my softball skills. Now if I could just get them to read my blogs!

Congrats on the book! Love the artwork, very cool! Would love to win a copy. :) purposedrivenlife4you AT gmail DOT com

How exciting to see some paged actually from the book! I'd love to see and read the whole book. What fun to experience and share the humor with my grandchildren. Please enter me in the drawing.
Pam
cepjwms at yahoo dot com

Love the look of your book!

Please me enter me in the contest.